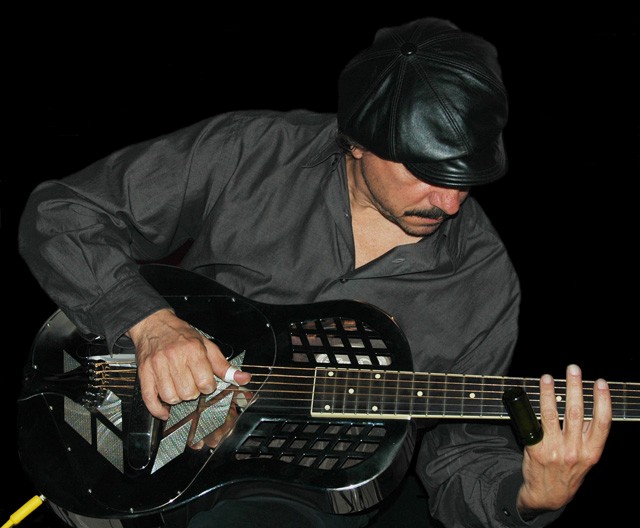 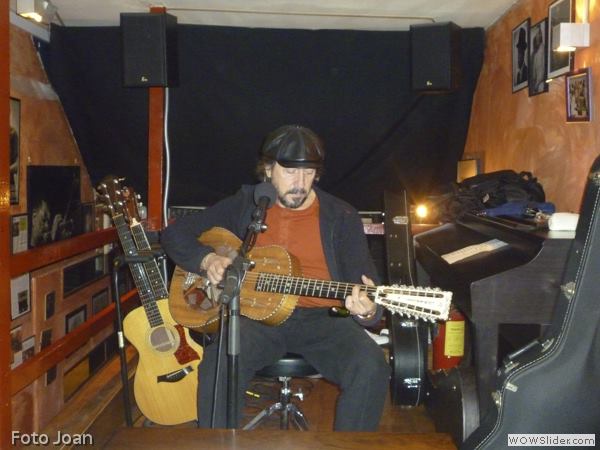 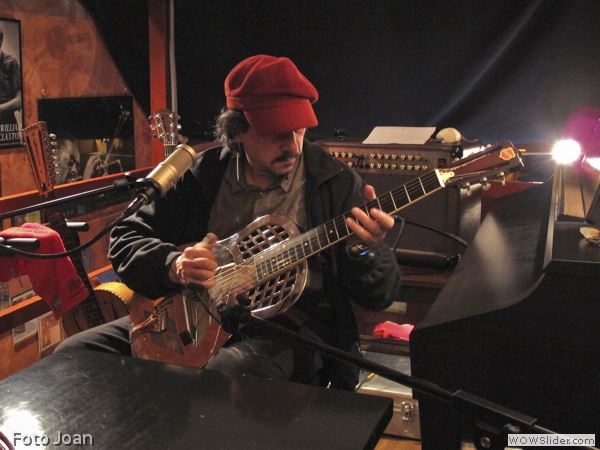 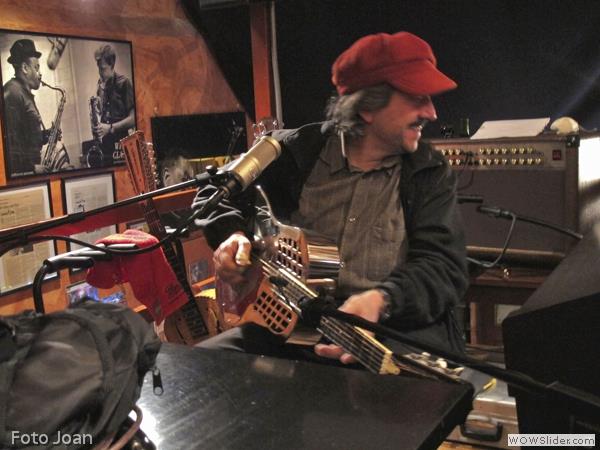 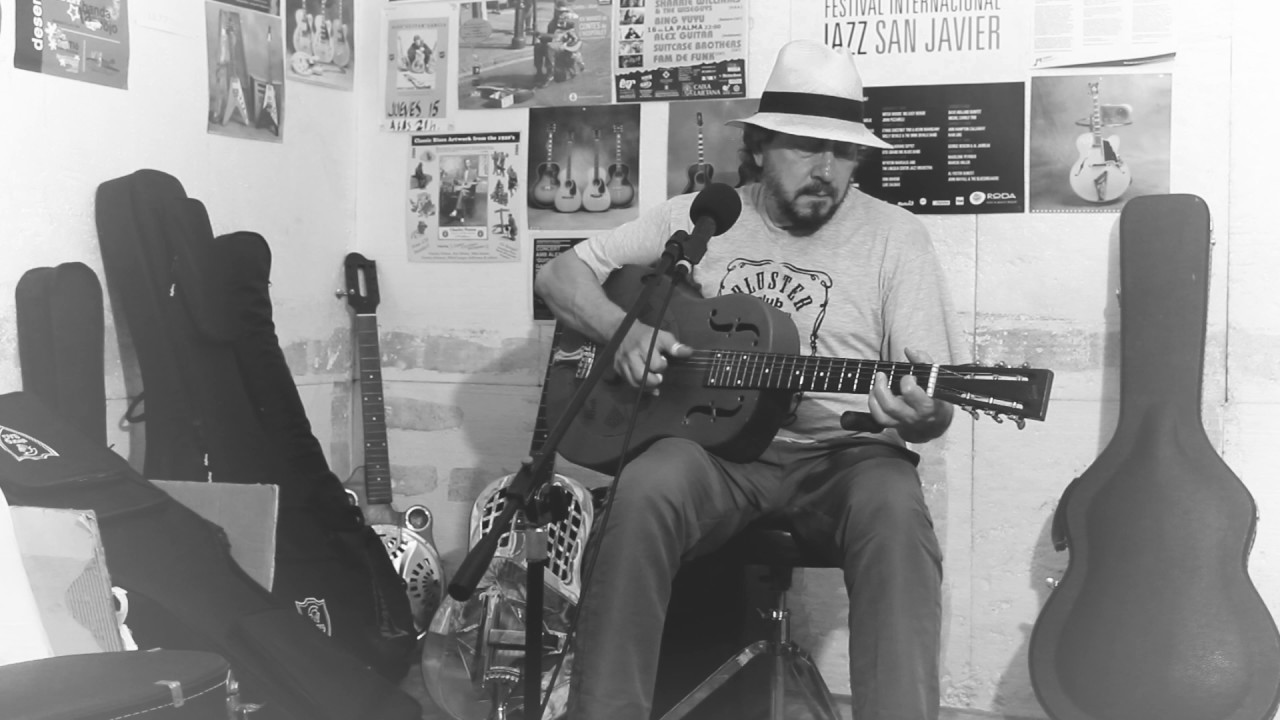 More or less by this time he decided to set up the BLUSTER CLUB, a venue dedicated to blues, jazz and other related styles. During almost eleven years of its existance, the majority of the blues bands of this country, and others from England, Holland, Germany, France and the United States came to the BLUSTER.

During this period was when Alex decided to put into practice an idea that had been running through his head for many years, to play solo.

Then he took part in an interesting cultural proyect, for three years, consisting of transmiting the blues by means of concerts aimed at young people on a tour of several Andalusian Educational Centres and which turned out to be a real success.

He recorded his first solo work in December 2003, HOOKED ON BLUES, with help from Manuel de Arcos, who played on four tracks, a harmonica player from Seville, who his old friend from the days of the ALGECIRAS BLUES EXPRESS.

He took part in compiling the CD RESOFONIC PLAYERS PLAYERS OF EUROPE 2005 with the theme CIPRESS GROVE, this project brought together European musicians from different countries, with the principal element being that everybody played resophonic guitars and it was published all over Europe at the beginning of September 2005 and in the United States in 2006; Alex is the only Spanish musician to figure in said project.

He has also taken part in: